I’ve been pretty busy these past few weeks.

First I got married. 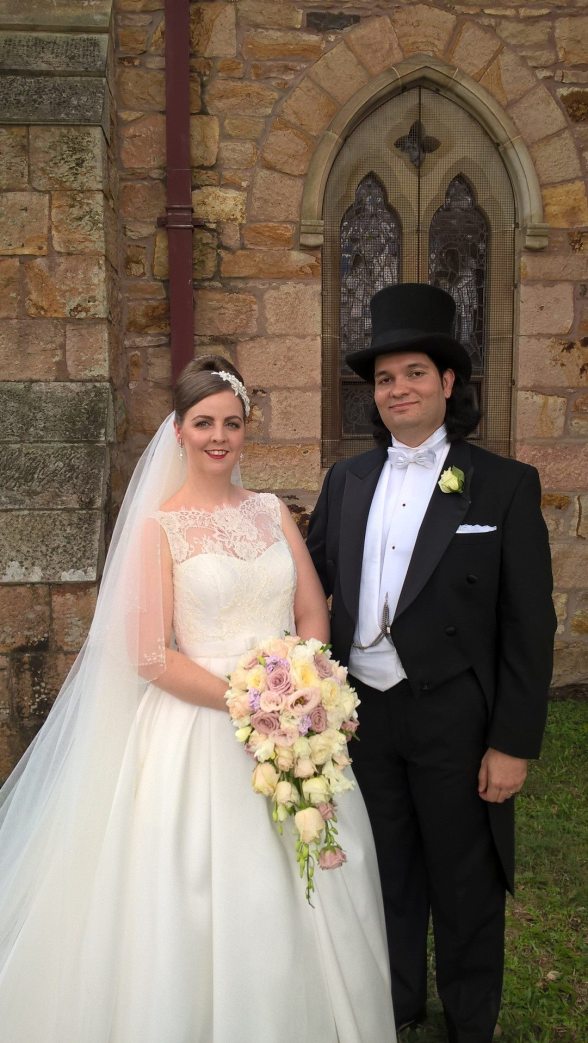 Then this past weekend I attended History Alive, a multi-period re-enactment event that sadly got mudded out on the Sunday due to excessive rain on Saturday night and early Sunday morning. The rain eased early but the mud was there to stay and the mud made the entrance to the grounds and the car parks unsafe.

I did manage to enjoy myself on the Saturday though, and had the best time I’ve ever actually had at this event. The morning I spent helping with our shop, Make Your Own Medieval. The afternoon I spent visiting some other re-enactment groups and talking to them about their crafts and activities.

I visited my friend Rosalie from Rosalie’s Medieval women and saw her display of artifacts. 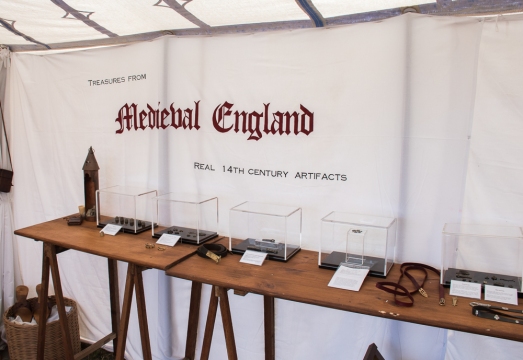 The ladies of my re-enactment group had a go at fabric stamping at the encampment of Karvan-saray and now have plans for fabric stamped wall hangings. 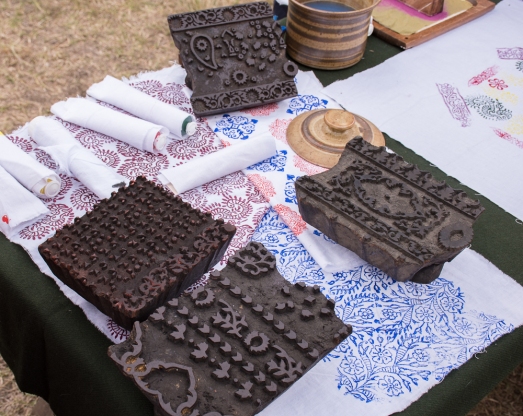 I took a short video of the fabric stamping.

My friend and I then decided to attend a shoe making workshop, but took a wrong turn and as we walked past a display of coloured wool we stopped to ask if it was naturally dyed. Well, it was and the group spent almost half an hour talking to us about their crafts- it was like a private show. 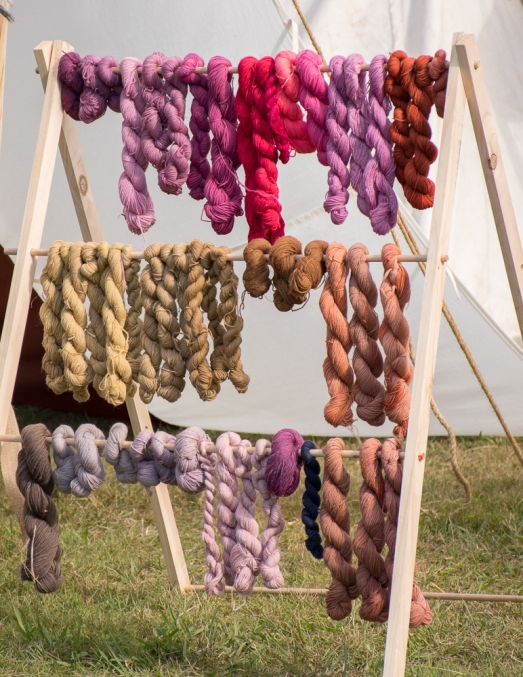 I took some video of this as well.

My friend is also interested in researching 15th century dyes and doing some dyeing of our own, so I’ll see if we can get something happening at our reenactment group’s den after the reenactment season.

After this we watched a woodworking display, which I videoed but haven’t yet put up (I might not, there were a lot of people in front of me so the video might not have come out too good and an inkle weaving workshop done on modern inkle looms. The looms were for sale and I was very tempted, as I was last time, but I don’t think I have room or time for another modern loom. I’d rather a box loom I can use at home and take to events. 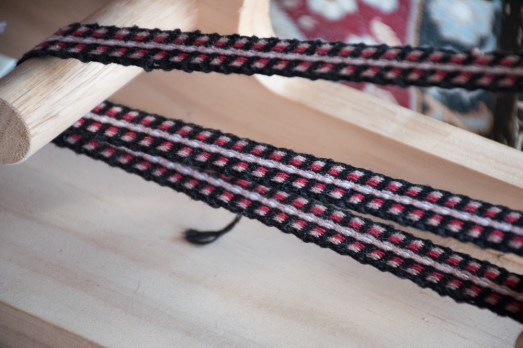 I planned on spending Sunday doing some spinning videos but due to the cancelation I had to pack down the stall in four inches of mud instead.

My schedule is pretty jam-packed for the next few weeks, but I hope I might be able to get some video at Abbey Medieval Festival in July- we’ll see, I’ve got a couple of shows planned each day and things can get pretty crazy at Abbey.